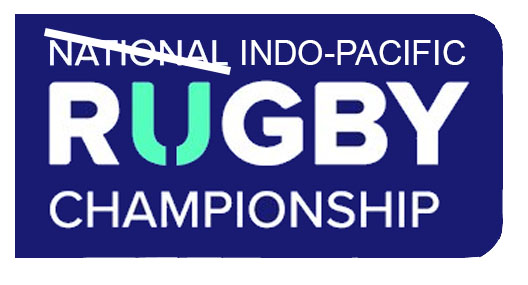 Andrew “Twiggy” Forrest’s Indo-Pacific Championship has captured the imagination of the ARU, as discussions start in order to evolve the current National Rugby Championships.

If the “rebel competition” gets off the ground, it wont run as direct competition to Super Rugby (SR) during the February-July window.

Forrest has suggested the competition will be “entirely complimentary to Australian rugby”, running after the SR season in the current NRC time slot.

The ARU’s involvement would see the resolution to some of the competitions biggest concerns. Freeing up Australia’s talent to play in the competition, whilst not affecting Wallabies eligibility and allowing the “Western Force” name (owned by the ARU) to continue.

The competition could also act as a draw card to bring home Australia’s foreign legion of players.

What would Indo-Pacific sides bring to the competition?

The addition of the Fiji Drua into this seasons NRC was originally touted as a stepping stone for the island nation’s inclusion into Super Rugby.

However recent events may pave-way for the inclusion of other Pacific Nations into the NRC’s expanded format.

The inclusion of Pacific Island sides would surely  provide interest from broadcasters from around the globe.

With 4.3 billion inhabitants, Asia is the worlds most populous continent. Accounting for 60% of the world population, meaning their inclusion could bring in big sponsorship and broadcast revenue.

20% of the worlds population live in China alone and World Rugby CEO, Brett Gosper suggests “The numbers in China are obviously mind-boggling”.

With a $100 million investment signed last October in China, the Chinese Rugby Union (is that what they are called?) are planning to have one million platers in 5 years.

The CRU have recently started rolling outa the “Get Into Rugby” initiative which will be implemented into 10,000 universities and schools.

There are also ambitious plans to train up to 30,000 coaches and 15,000 match officials over the next 4 years.

How could the Indo-Pacific Rugby Championship (IPRC) look?

Let’s be honest, a competition based around the Indo-Pacific region without New Zealand feels like having Pavlova without the cream. Yea it’s alright but now it’s just meringues.

The ARU and Forrest would be dreaming if they thought any Kiwi sides would jump onboard the idea though.

So far it appears Auckland have shown interest in hosting a game/games as Eden Park. It’s not the Blues but I’d still take it.

Forrest has recently mentioned a 6 team competition featuring the Force and teams from the IndoPac region.

However that doesn’t match up with any form of NRC expansion, hence I don’t have much to go off other than a hypothesis.

It’s unlikely Australia would retain their 8 current NRC sides and as a Greater Sydney Rams fan I would hate to see them go.

Hence I believe the easiest method to downside would be to combine the NSW and QLD Country sides. Just don’t checkout their previous results.

The current NRC 9-week regular season consists of each team playing 8 matches and having one bye.

An expanded 12 team format could see the regular season played out over 10-weeks, with each team playing 10 games and on one occasion playing twice in a week.

Speaking hypothetically the competition could then include:

The quality of talent in Asia remains the main issue for me, unless the sides are filled with expats and Japanese Top League players.

The expansion of the NRC into the IPRC is still very hypothetical, but at least it feels tangible. All we can really do is sit back, enjoy the NRC and watch it play out.