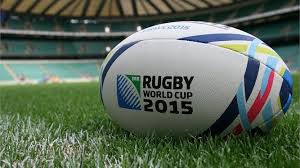 Samu Kerevi has been the one rock in the Queensland Red’s tumultuous backline.

If Conrad Smith is consistent and Kurtley Beale is silky smooth, Kerevi is bullocking, electric and a torch for Australian rugby.

Keep up this form and he will become a true shining light.

Since his run-on Super Rugby debut in 2014, he has started every game, with the exception of missing two rounds with a corked thigh.

When he has taken the field, he has been a consistent revelation. No measly feat in the toughest premier rugby competition in the world.

During round 11, Kerevi came up against potentially the most formidable centre duo in the competition, Hurricanes and All Blacks; Ma’a Nonu (95 test caps) and Conrad Smith (85 test caps).

Playing like a seasoned professional, he showed class that far surpassed less than 12 months as a professional rugby player.

His brace of tries against the all-star duo, only hinted at the dominance of his performance. He wreaked havoc in offence, crafting his way through the defensive line, sidestepping not only Nonu, but also the All Blacks’ star winger Julian Savea and barging through Smith’s attempted tackles.

In comparison to Australia’s incumbent and other promising centres, the promising 21 year old has been surrounded by different troops from week to week.

Kerevi hasn’t had the luxury of consistent combinations. He has played at both inside and outside centre, with four different flyhalves, three centres partners and so many outside backs that I have lost count.

Yet, non of this has fazed the Wallabies hopeful.

Beale, Toomua, Ashley-Cooper and Kurindrani all have help. They have history with the men inside and outside them. They have stable combinations and know who they will be working with when throwing on their franchise jerseys.

With the bulk of the franchise’s stars sitting amongst the stands, Kerevi has emerged as a no nonsense, lead by example machine.

He made his debut for the Reds, late in 2014 after an injury ravaged start to the season. Yet, in less than 12 months, he has transformed from young-gun to the go-to-man for the Reds.

He has proven to be an excitement animal and the main reason not to turn away from the flailing Reds.

What will he add add to the Wallabies?

During a RWC, injuries are inevitable. Ask the All Blacks of 2011…

Unlike many of his competitors, Kerevi can cover both centre positions, which would prove invaluable during a RWC.

With Australian Rugby Union recently unveiling the “Giteau clause”, the inclusion of Matt Giteau would cover the flyhalf and inside centre roll.

This allows Bernard Foley to focus on directing the backs from the number 10 jersey, leaving Tevita Kurindrani as the only other necessary inside back, among the match day squad.

Wallabies’ coach Cheika, would then have the opportunity to opt for a 6-2 bench split, of forwards and backs respectively. The benefit of adding an extra lock or loose forward to the bench, would add firepower to the forward pack. Which will be beneficial when competing with dominant forward packs, such as the Kiwis and Springboks.

In a team full of turmoil, Kerevi has been the one true sign of hope. The one reason not to turn away… The future of Queensland rugby.

During the 2011 RWC, Robbie Deans’ young Wallabies squad and their fans were left begging for more experience. Now with the availability of Giteau, Cheika has the opportunity to achieve the right mould of experience and youth to challenge the best rugby nations in the world.

Surrounded by the right men, Kerevi appears set to prove a truly promising prospect for the 2015 RWC.